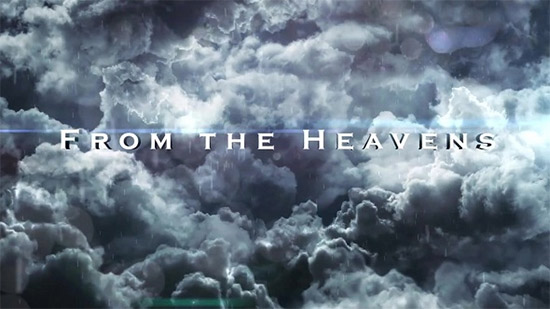 PROJECT DESCRIPTION
This After Effects Project File is based on our Titles In The Sky tutorial, however it’s been improved and extended to appear more Cinematic and 3D. The camera appears to be passing through the clouds with a hand held sort of feel whilst 3D looking text is animated in providing you with 4 separate text placeholders. Stylised elements such as lightning and lens flares (included) give the intro an appealing and eye catching look.
This After Effects Project File is in 1080p High Definition and everything is easily customisable.